July is here, and with it the rainy season; the big wet! Traditionally the rainy season in Kyoto lasts until the end of the famous month-long Gion festival, after which the searing heat of summer with its soundtrack of cicadas and mesmerising fireworks festivals is upon us.

Now though, it is the time of Kyoto's little known fifth season - the outcast, the black sheep of the 四季 (four seasons) family. It is not given the status of the other four 'true' seasons, although to be fair I think it probably deserves to be included. As of all the seasons Japan holds dear, the rainy season too has its striking imagery and its little charms, at least for me: (the fact that this rain isn't accompanied by a howling wind and doesn't require a hat and gloves to endure - as it usually does where I 'hail' from - makes it comparitively enjoyable, actually.)

I enjoy taking a bike ride, or a walk when it is teeming with rain. It hisses along the rivers and crackles through the trees. The sound of the rain and the rushing water can be meditative if you find the right spot - and in Kyoto there are spots aplenty, let me assure you. 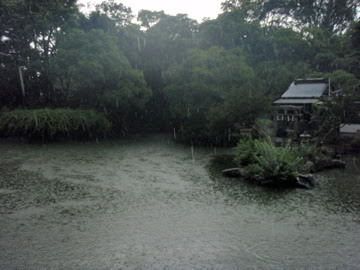 Then, when the clouds break and the sun elbows through, the birds and insects begin their cacophony of chirps and whistles again and the steam starts to rise from the grass with a smell that is pure lush. You can practically hear the plants growing. 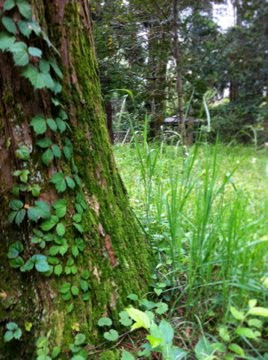 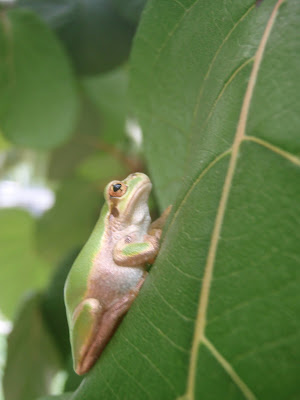 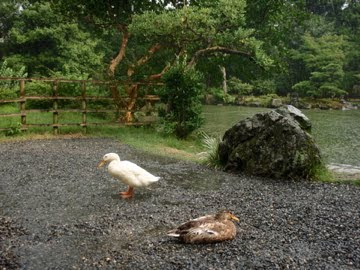 So, if you happen to be in Kyoto this July, and get caught in the rain - I suggest you leave your umbrella at home, embrace the downpour, take a leaf out of the Hagakure and resolve yourself to a good old fashioned soaking! 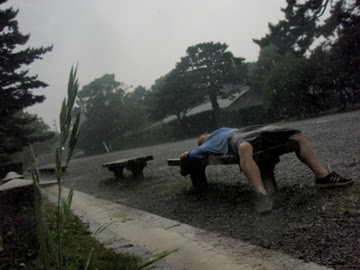